A great turn out arrived at the Point Walter Reserve to watch the best WA has to offer competing across several events such as Aerial Rescue, Work Climb and Speed Climb.

Arborist Riki Peterson was again recognised as the overall victor after having great success throughout the day. Also on the podium were Pascal Oosterik in 2nd place and Luke Osborne in 3rd. The overall Tree Climbing Championship results can be viewed at ArbWest’s website. 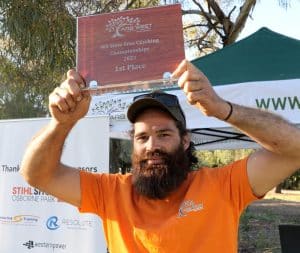 Riki with his award

Special mention also goes to competitors Maja Blasch and Molly Hall for demonstrating that females are every bit as successful in this industry.

As an ArbWest Gold Sponsor, Interlink Training identifies the importance of being able to get together as an industry to network and have a bit of healthy competition.

Interlink have also taken the opportunity to introduce the Rising Star award as part of the competition. We were on the lookout for someone who had a positive and enthusiastic approach and attitude to climbing and is keen to learn and grow. The inaugural award went to Trent Bickley of Tree Care WA. Trent embodied everything we were looking for in this award, and it was very well deserved. 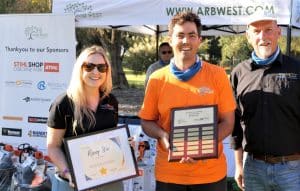 The event was a great success and it was entertaining to watch the next generation of tree climbers on the kids climbing wall.

Interlink Training is a proud gold sponsor of ArbWest. As a training provider in the Arboriculture industry, we take great pride in providing support to ensure events like these are successful and can continue. If you are interested in finding out more about our involvement in such events, please contact us online or by calling us on 1300 731 669.

The Department of Primary Industries and Regional Development is responding to a detection of myrtle rust in an isolated and remote part of the Kimberley. 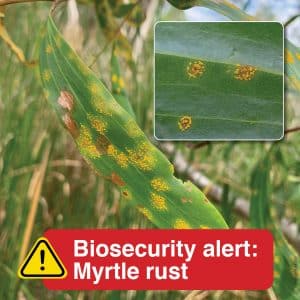 It was detected during targeted myrtle rust surveillance led by Queensland Agriculture, Parks and Wildlife Service, Western Australia and DPIRD.

Bushwalkers and travellers are urged to look for and report plants with signs of myrtle rust and take precautions when travelling in and out northern WA to reduce the spread of myrtle rust into other parts of WA.

The TREEmendous Biosecurity Blitz aims to protect Western Australia’s trees from an increasing number of exotic pest and disease threats to our urban and bushland environments, and horticultural and forest industries. 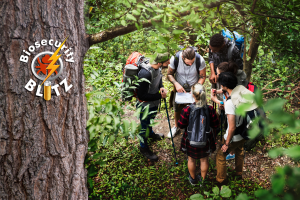 Department of Primary Industries and Regional Development (DPIRD) experts will hold workshops at Bunbury and Kings Park to describe the priority tree pests and diseases to be on alert for here in WA and demonstrate how to use the MyPestGuide Reporter app.

Whether you have trees in your backyard, in the local park or on your street, like to bushwalk, or work in forestry or horticulture, you can help protect our trees into the future by checking them for pests and diseases and reporting any you find.

This year, Biosecurity Blitz runs from 24 September to 24 October 2022 – that’s 30 days to look for, snap and send in a report of every tree pest and disease in your neighbourhood!

The annual Biosecurity Blitz is part of DPIRD’s commitment to delivering a robust biosecurity system to support our industries and protect our trees, environment and lifestyle.

To find out more about the Biosecurity Blitz and sign up, go to: https://www.agric.wa.gov.au/biosecurity-blitz

To discover training that Interlink Training provides in the biosecurity area, contact us today.

After a successful event in 2021, the Arboriculture Association of Western Australian will be presenting the WA Tree Climbing Championship 2022. The even takes place on Saturday 22nd October, from 7am to 4pm, at Point Walter Reserve, Bitcon. 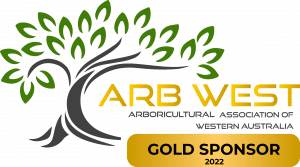 As gold sponsors, Interlink Training would love to see you at this action packed event. This is an opportunity to see the best that Western Australia has to offer in the field of Climbing Arborists. Competition events will identify who is the fastest, most skilful, technical and accurate to be crowned the overall state champion.

Events on the day include:

In addition to a coffee van and food trucks, there will be plenty of free activities for the whole family, including kids climbing walls, kids face painting and balloon twisting.

A copy of the registration form for the WA Tree Climbing Championship 2022 can be accessed here. A flyer for the event can be seen here. A Gear Inspection Form must also be completed prior for climbers – see here.

In addition to the Arboricultural Association of Western Australia, this event is also presented in conjunction with the City of Melville, Western Power and STIHL.

As part of the meeting there will be special presentations by:

Details of the Members General Meeting

Fun in the sun for some of our climbers this week completing their Dismantle Trees practical training. The heat was no match for their determination to get the job done 👏 well done boys! Want to complete your Arb III with us? Give us a call on 1300 731 669 for more information. Qualification code AHC30820 ... See MoreSee Less

For group bookings, training can be held at one of our sites (listed below) or at your site (enquire for more information):